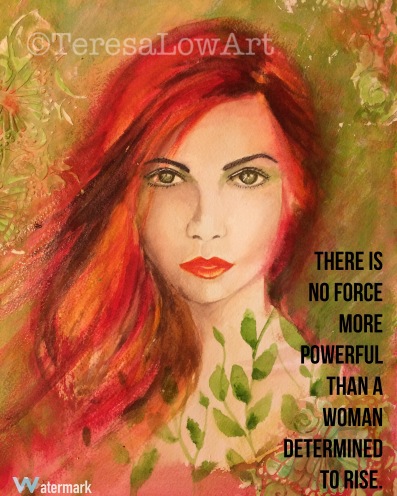 The leaked tape about Donald Trump’s lewd comments this weekend evoked a lot of emotions in me. It got me fired up, it got me thinking, it even got me engaging in twitter (for the first time) because I am so enraged and disappointed…. and my emotions found their way to my art.

Interestingly, I painted her on Wednesday but wasn’t happy with her. 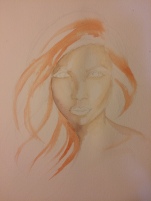 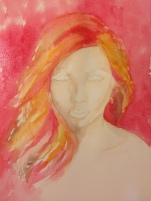 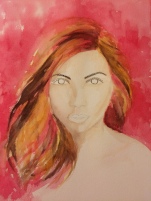 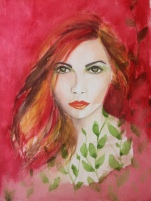 I wasn’t happy with the background and I thought she was just too intense. She looked angry. So, I fussed and fussed with her… and then on Friday, I heard about the leaked Trump tapes. I was in shock. I was enraged. I could not stop listening to the news. I did not have time to work on her until Sat evening and she emerged, …..strong and determined. 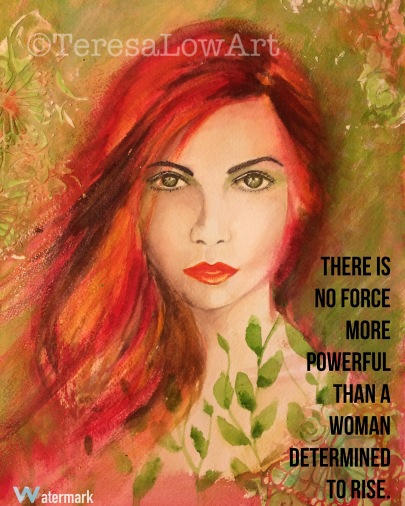 In all the discussions I have watched, listened, read, it became clear to me that there is still no camps of thinking out there (unfortunately). One who condemn the comments and the other making excuses for them. This is the time to choose what you stand for. I stand with men and women who condemn the objectification of women, condemn excuses like “locker room talk”, “guys talk like that”. NO ONE should talk about women or any human beings like that! Women are so much more than the size and shape of our body parts. Our brains matter too. We have the right to what we allow to happen to us. Just because you are a star or in power, does not mean I will LET you do anything you want, that you don’t even have to ask!!! I believe that a leader has to have a certain level of moral compass. I would never stoop so low as to accept a leader who does not even have a minimum level of moral compass and decency to be the leader.

This is my tribute to all the strong, determined and smart women out there, who is not afraid of standing up for our rights.

I don’t know how we came to this point, but this has to come to an end. Enough is enough. We have to wake up, emerge from the fog and vote according to what matters to us.

I have faith that we will rise. Because there is no force more powerful than a woman determined to rise.

Watercolor for the girl, acrylic and ink for background, molding paste and stencils for the butterflies.

Check out my etsy shop https://www.etsy.com/shop/teresalowart or email me at tlow1260@gmail.com